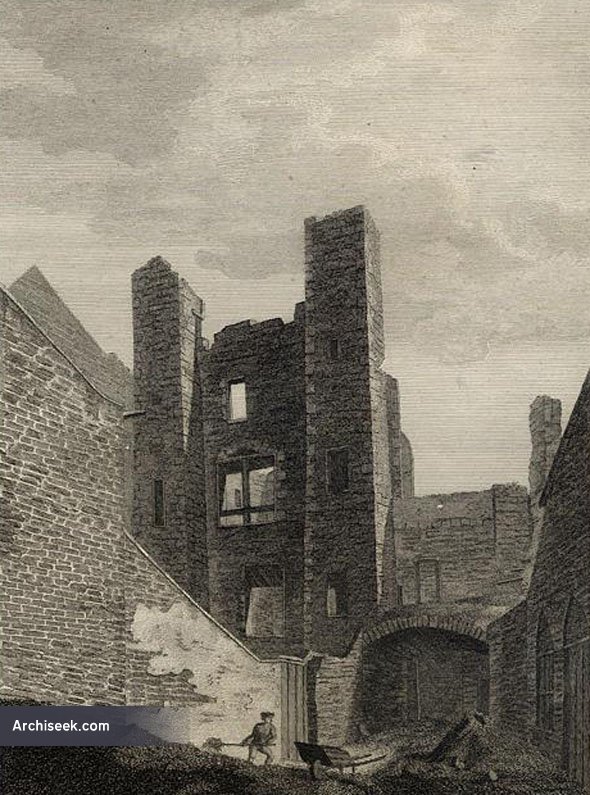 Approximately where Cornmarket is now, Brown’s Castle was better known as the Black Dog prison. The castle became a tavern from which the prison got its name. From the early 18th century the Black Dog functioned as the main debtors’ prison in Dublin. One section of the prison was called the “nunnery” because it was used to hold prostitutes who had been captured by the parish watch. Closed as a prison in 1794 with the building of the new Debtors Prison on Green Street. Illustration, a copper engraved print published in Grose’s Irish Antiquities.