And then there were three…. Open House Limerick 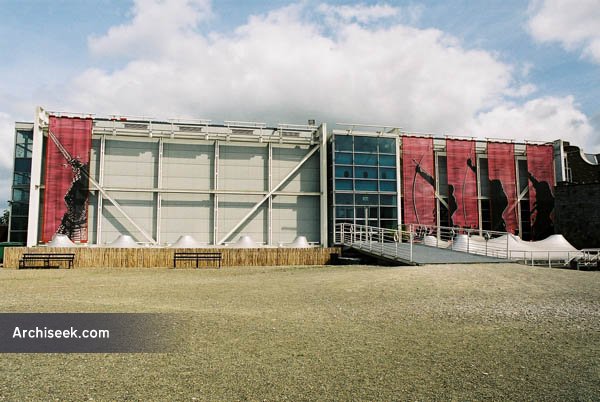 The theme for the first Open House Limerick, which runs from October 19-21, is DWELLING and will feature approx 30 events reflecting the diversity of the city and its environs. “We hope to introduce aspects of architecture including living in the city, the role of public housing, the Big House and demense, conversions, densification and the benefits of architectural input into residential projects”, said Margaret McEvoy, chairperson of the voluntary Open House Limerick committee and Architect with Limerick City Council.

Open House Galway (October 11-15), now heading into its fourth year, also focuses on the HOUSE, featuring a major Exhibition of 21st Century houses built along the Western Seaboard since 2001. Architect Roddy Mannion will give a talk on his new book “Galway…a sense of place” during the festival. “Open House Galway is Galway’s major architectural festival, bringing our physical environment into the limelight for a few days”, said Patrick McCabe, Chairperson of the voluntary committee that delivers Open House Galway, ”it offers a real chance for non-architects and architects alike to access, discuss and enjoy our rich architectural heritage”.

The OPEN HOUSE GALWAY 2012 programme will be announced on September 14.
All events are free but some require booking: see www.openhousegalway.ie for details.

The OPEN HOUSE LIMERICK 2012 programme will be launched on September 19.
All events are free but some require booking: see www.openhouselimerick for details.