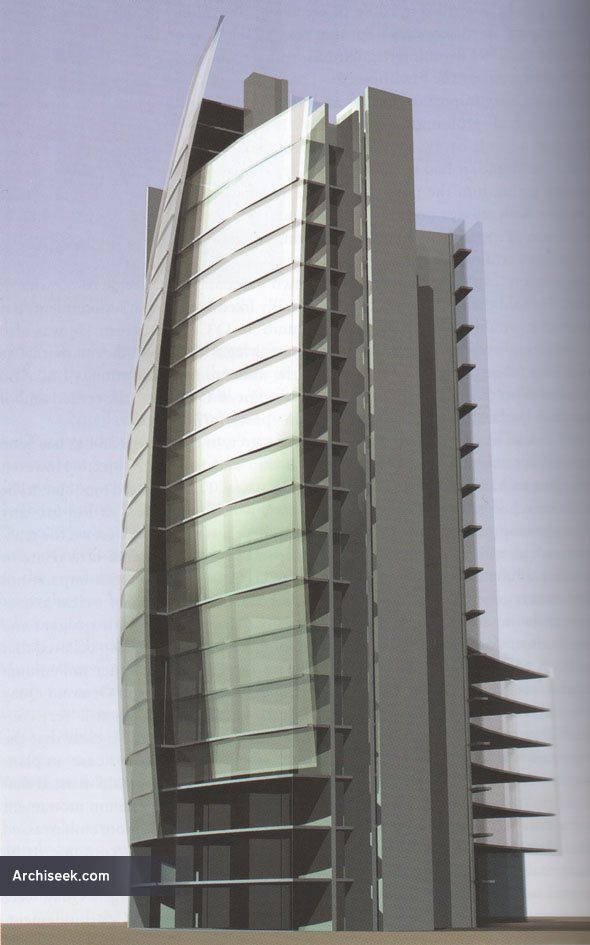 A prosposal for a landmark site at the end of Sir John Rogerson’s Quay which would have been 92 metres high. Developers Dunloe Ewart secured planning permission in 2000 for a 100-metre building for the site next to that of the U2 tower. The DDDA objected to this in 2005 as it wanted the U2 tower to be an isolated landmark. Dublin City Council refused to extend planning permission on Carroll’s undeveloped site after it expired. And so the scheme died.