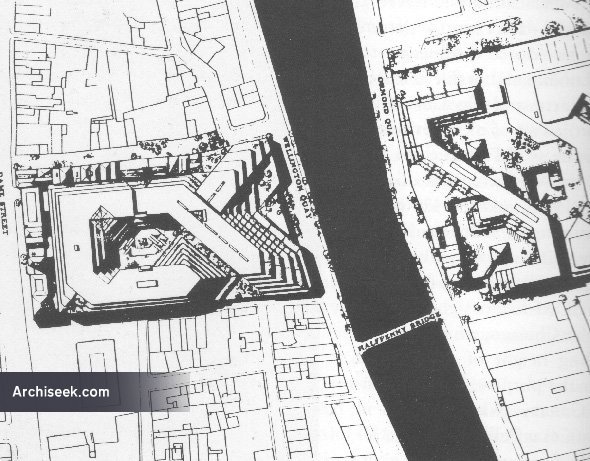 In the 1970s, Córas Iompair Éireann, the state transport company, bought up many buildings in central Temple Bar with a view to building a large modern central bus station on the site. Accordingly plans were drawn up by Skidmore Owings & Merrill including a vast shopping centre and further development on Ormonde Quay opposite. Thankfully, delays in providing the financing led CIÉ to rent out the buildings at nominal rents, many of which were taken up by artists. This produced a sudden and unexpected appearance of a ‘cultural quarter’ that earned comparisons with Paris’s Left Bank. Though CIÉ remained nominally committed to its planned redevelopment, the vibrancy of the Temple Bar area led to demands for its preservation. By the late 1980s, the bus station plans were abandoned.