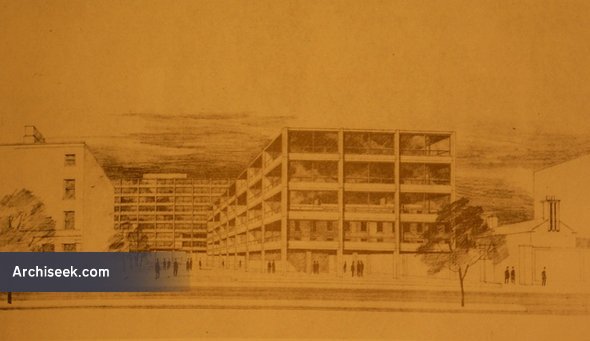 Original speculative scheme for an office development on Lower Baggot St. in Dublin. After the site was cleared and existing residents evicted, with paltry compensation, the developers Hummingbird Ltd sold the site to the Bank of Ireland for the then significant sum of one million pounds. The bank then instructed Ronnie Tallon to come up with a better design to suit the aspirations and status of the bank. This became the original two blocks of their headquarters (constructed started in 1968) with a third completed in 1978.