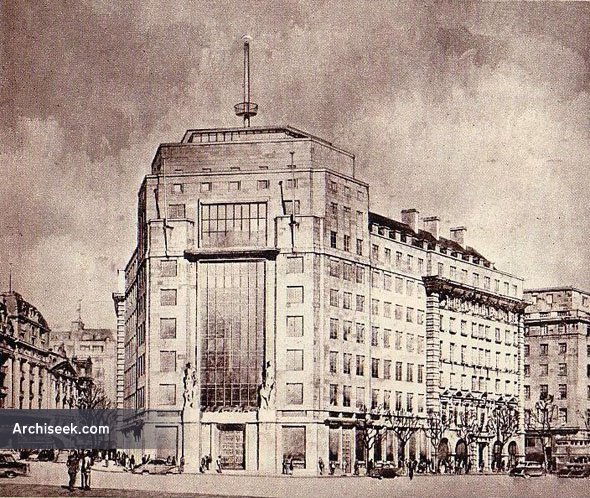 Headquarters building for English Electric Company, on the site of the grandiose Gaiety Theatre which closed just prior to the Second World War. Founded in 1918, EE initially specialised in industrial electric motors and transformers, expanding to include railway locomotives and traction equipment, steam turbines, consumer electronics, guided missiles, aircraft and computers. In later years when EE became part of GEC, the building changed hands. Later it was offices for Citibank. Demolished in 2005 as the whole site including Marconi House next door was being redeveloped for the building of a new hotel by Foster and Partners.