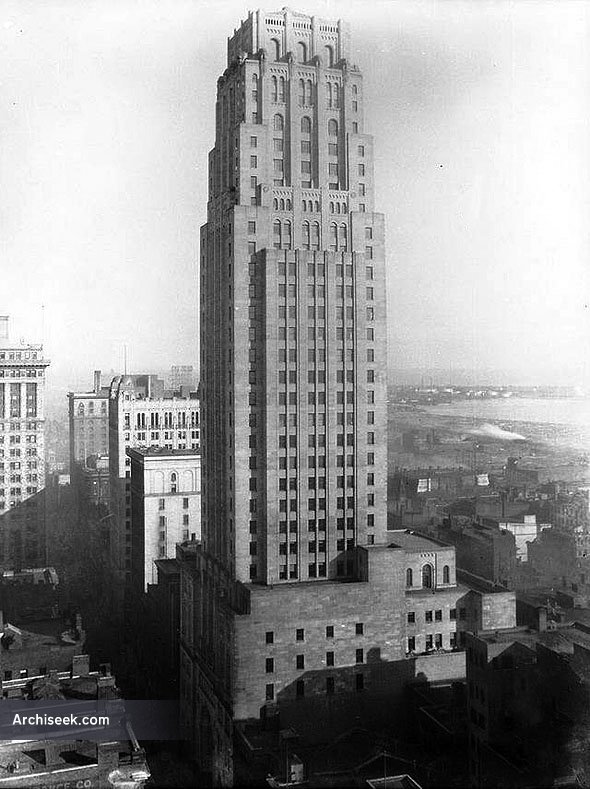 At the time of its completion the Canadian Bank of Commerce Building, 25 King Street West, dominated the Toronto skyline at 34-storeys. For three decades until 1962, it was the tallest building in the Commonwealth.

In 1927 the bank had outgrown its seven-storey headquarters after a series of mergers and acquisitions, and hire Darling & Pearson to design a new headquarters. The bank wanted “a statement of confidence both in the stability of the bank and in the development of Canada”. The first six storeys occupy the entire 149 ft by 168 ft lot and, at street level, house the main banking hall with progressive step-backs for the main tower with its elegant pavilion storey on top. Stylistically, it’s best described as Romanesque Art Deco, with its round headed windows and details. Sculpted heads representing Courage, Observation, Foresight, and Enterprise overlook the city from the thirty-second floor observation deck. The deck has since closed to the public due to safety and liability concerns.