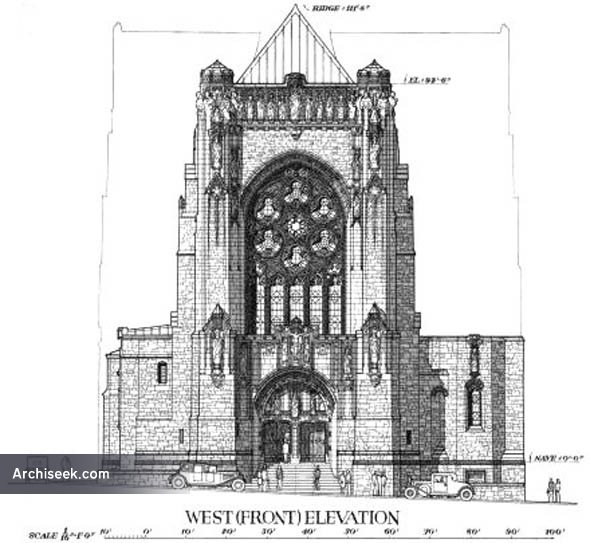 Built to replace an earlier church on the site which was demolished in order to begin construction of one designed by Goodhue, who had recently struck out on his own from Cram, Goodhue & Ferguson. The architect wrote to a friend that he considered St. Vincent Ferrer his best Gothic work; he designed the Gothic Revival church in the style of 14th-century French Gothic, with echoes of Romanesque. As originally planned the church was to have a fifteen-story fleche. As construction progressed that became unfeasible due to subsoil conditions. Lee Lawrie’s carving of the Cross above the entrance was the first time one had been located on the exterior of an American Catholic church, and is still one of the few instances. Total cost of construction and interiors came to over $1.5 million dollars.