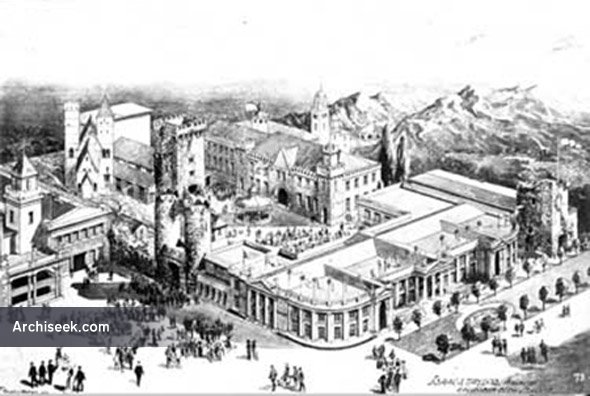 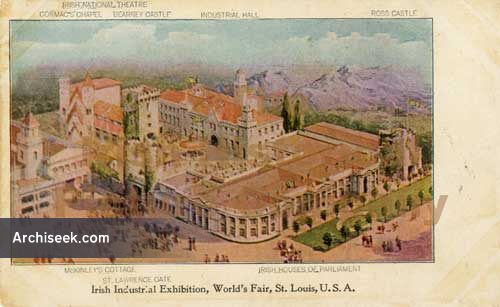 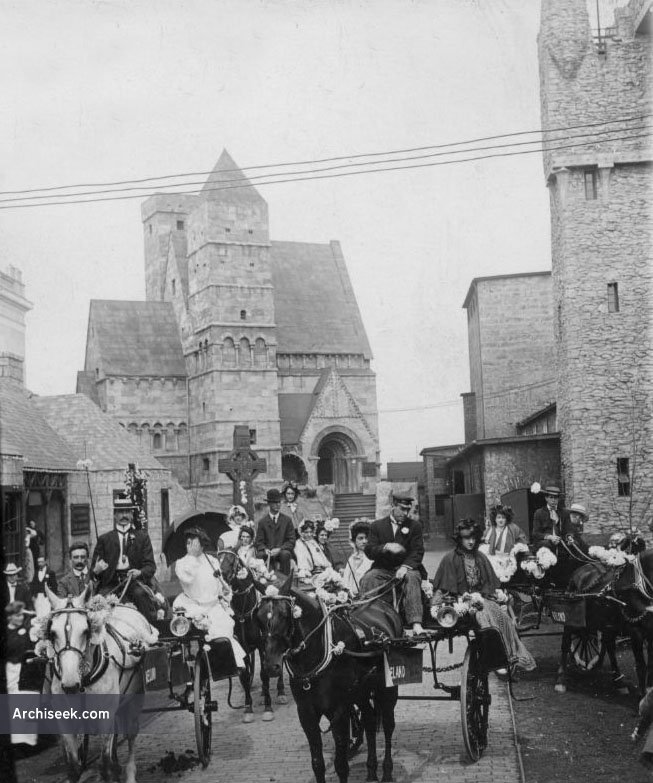 The Irish Village was a very popular part of the 1904 St. Louis Worlds Fair. Opened on May 3, it cost 25¢ adult admission (children 15¢, Industrial Exhibit 15¢). Built by the Irish Industrial Exhibition, it served as both Pike concession and the official Irish pavilion, with exhibits displaying industry, art, and literature of Ireland.

The architecture was ecletic – designed to reflect Ireland’s array of historial buildings.