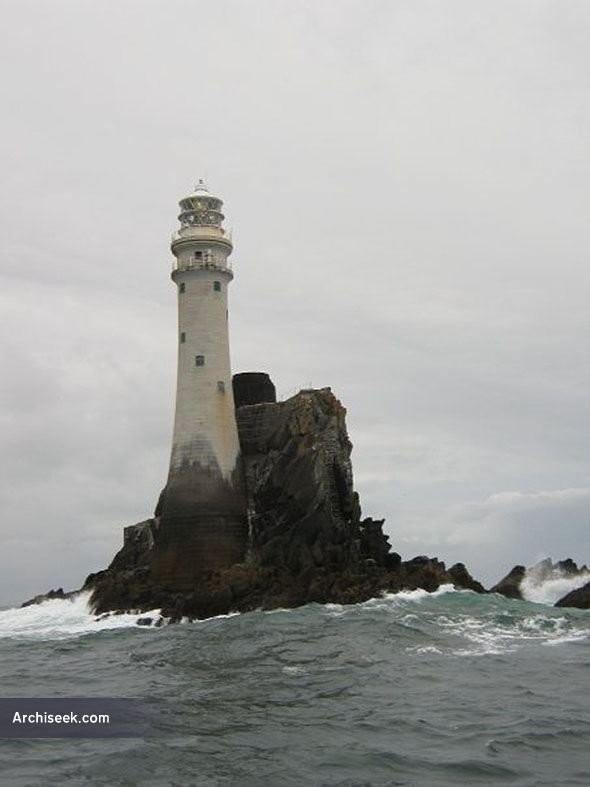 The second lighthouse on Fastnet Rock was designed by William Douglass and built under the supervision of James Kavanagh. Construction started in 1897 with the levelling of the site, and the first of 2,047 Cornish granite dovetailed blocks was laid in June 1899. The new lighthouse entered service on 27 June 1904 having cost nearly £90,000. Expenses including the construction of a small steamship for carrying the stone blocks and rock fill to the island.