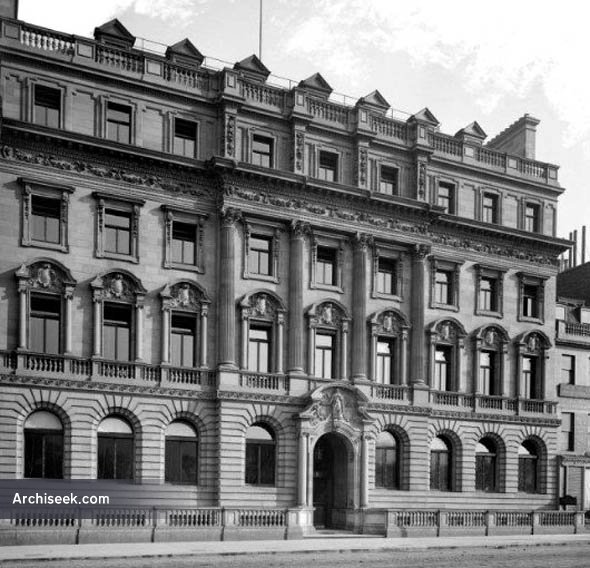 Magnificent Italian palazzo for an insurance company on Edinburgh’s Prince’s Street. With its strong ground floor rustication, and magnifent first floor window surrounds, this was a fantastic exercise in Edwardian commercial architecture. After a series of mergers in the 1960s, this magnificent building was sold in 1954 to British Home Stores. BHS promptly demolished it and replaced with an awful piece of 1960 brutalism-department-storism.