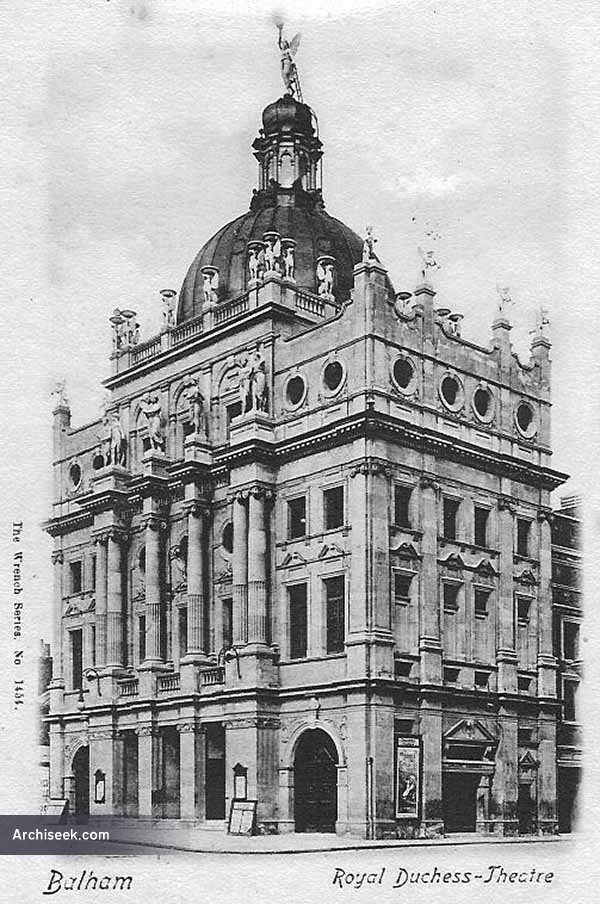 The Royal Duchess Theatre had a flamboyant Beaux-Arts style exterior was topped by a huge copper dome which was surmounted by a cupola, upon which was a posed a Classical winged figure. Inside the auditorium 1,268 seats were provided; 106 in the stalls, 450 in the pit, 86 in the dress circle, 160 in the balcony and 410 in the gallery. Several boxes seated a total of 56. The theatre was built for London Theatres of Varieties and Barrasford Ltd. and was designed by noted theatre architect W.G.R. Sprague, who also served as manager between 1900-1903. It became a cinema by 1912. Badly damaged by a German bomb during the early part of World War II, it closed, never to re-open. Demolished after the war.