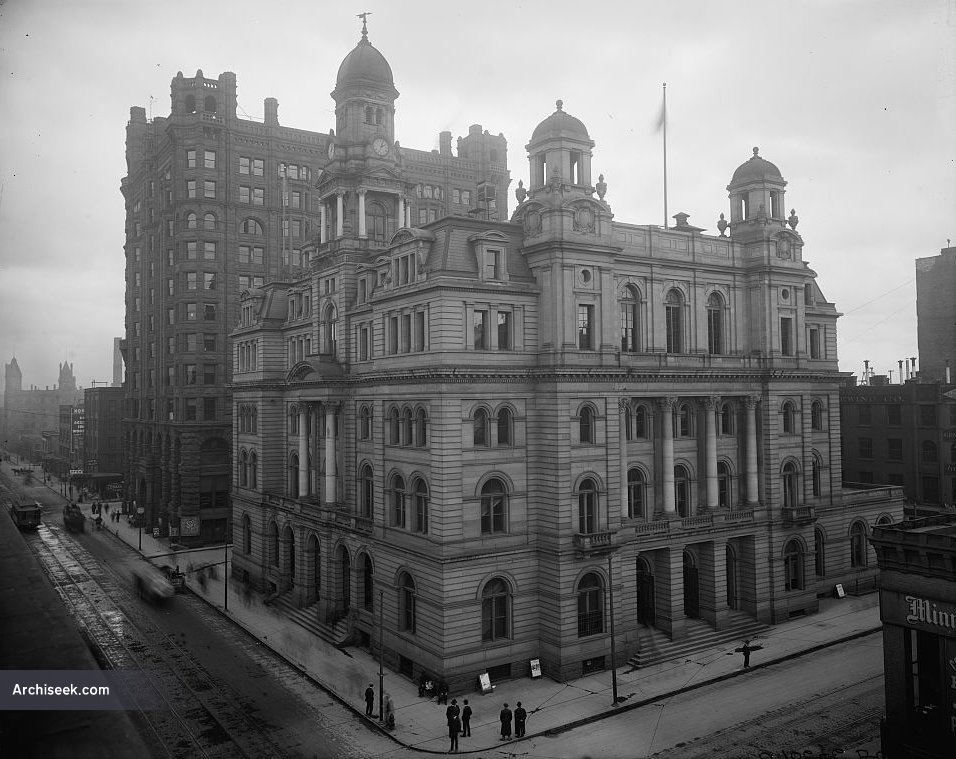 Fine Beaux-Arts post office building that was replaced by an art deco building on a different site in the early 1930s. Demolished in 1960. Designed under supervision of Mifflin E. Bell who served from 1883 to 1886 as Supervising Architect of the US Treasury Department. Bell delegated design responsibilities to staff members, which resulted in a large variety of building styles, including Second Empire, Châteauesque, Queen Anne and Richardsonian Romanesque.