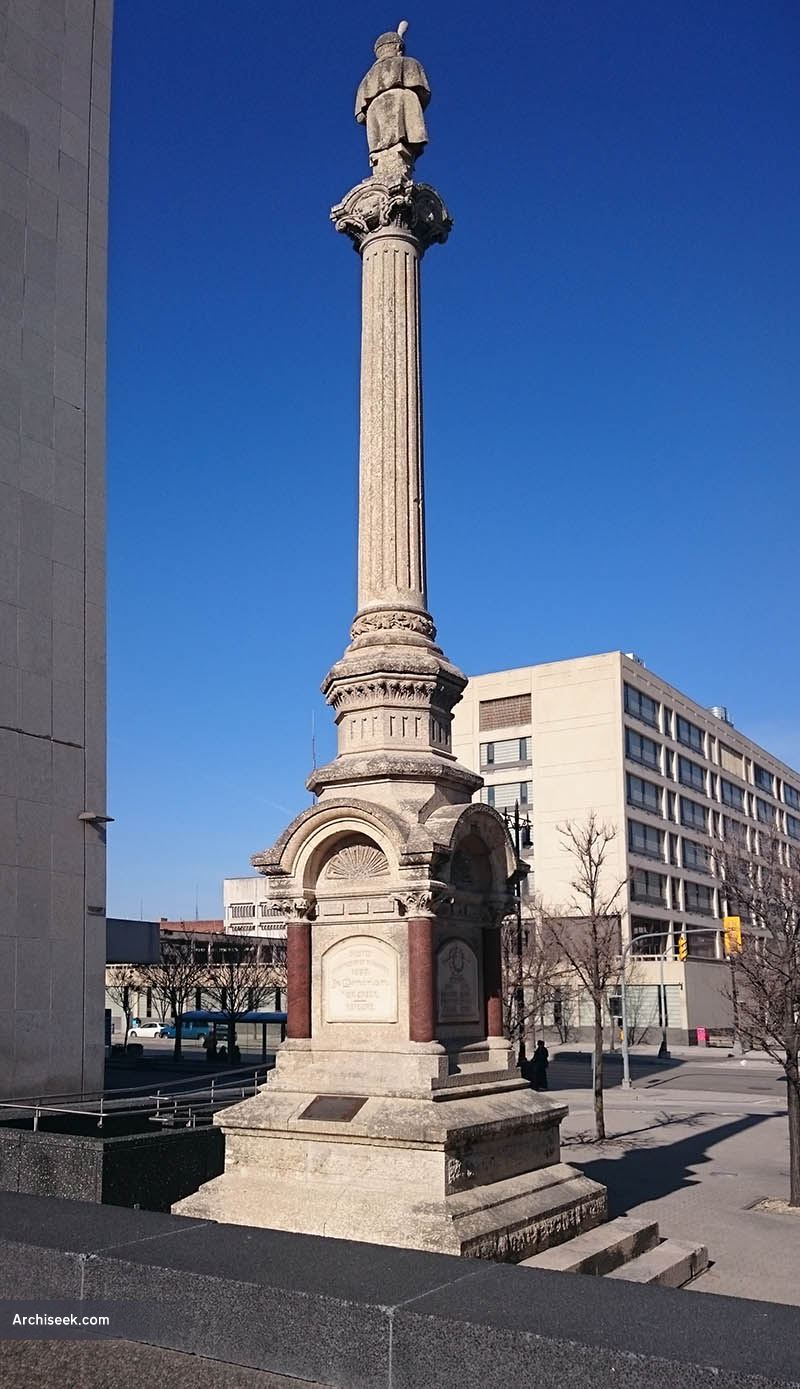 Originally constructed on the grounds of the second Winnipeg City Hall in 1886. To make way for the new city hall, it was moved to its present site beside the Manitoba Museum and the Centennial Concert Hall in the 1960s. It is dedicated to the men of the 90th Winnipeg Battalion killed in the North West Rebellion of 1885, at the Battle of Fish Creek on 24 April 1885, and the Battle of Batoche on 12 May 1885.