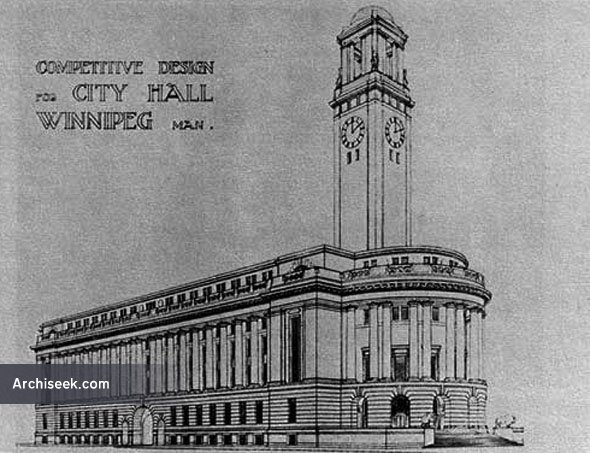 In early 1913, a committee of Winnipeg’s City Planning Commission recommended that a new civic centre be built, and a contest for a design for a new city hall was announced. Thirty-nine designs were submitted in competition and on 10 March 1913, Winnipeg city council announced that the winning design was by the firm of Clemesha & Portnall of Regina. Second prize went to the firm Woodman & Carey of Winnipeg, and three third prizes were awarded.

The selected design was described as “Greek Ionic”, to be built of grey Kenora granite and the estimated cost was $2,392,926. By the time of the competition complete, Canada was in recession, and with the completion of the Panama Canal shortly after, Winnipeg’s growth faltered and the plan was shelved.