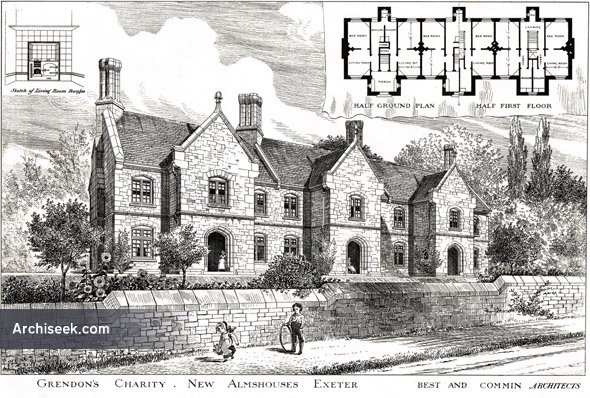 Perspective published in The Building News, November 16th 1883. Also known as the Ten Cells, the original Grendon’s Almshouses stood in Preston Street from the beginning of the 15th century until they were demolished in 1879. The site of the original almshouses was developed as housing. The new almshouses on Grendon Road were designed by Robert Best and are now Grade II listed buildings, and are extremely attractive examples of Victorian Tudor Revival architecture.