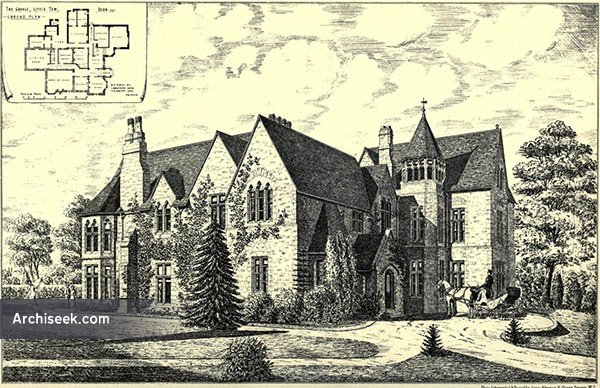 “This building was originally a vicarage house designed by Mr. G.E. Street, R.A., and subsequently enlarged by the late Mr. C. Buckeridge. It has since been purchased by the Rev. C.F. Garratt, and another house has become the vicarage. This house, now “The Grange,” has been enlarged, as shown in our illustration, by the addition of the parts tinted black in the plan. Mr. Edward G. Bruton, F.R.I. B. A., diocesan Surveyor for Oxon, being the architect.” Published in The Building News, April 22, 1881.