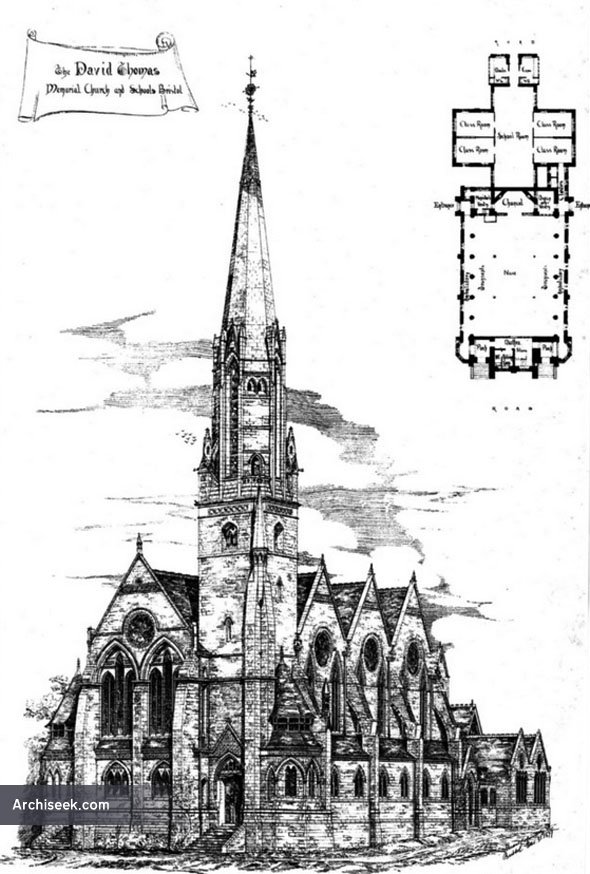 The David Thomas Memorial church was erected 1879-81 but demolished in 1987 destroying most of a Gothic fantasy by Stuart Coleman. The building still retains a thin octagonal spire and west front but the massive halls, apse and rib vaults have now gone in favour of flats by Stride Treglown. Due to the decline in the size of the congregation plus the increase in upkeep costs it was decided to close the building as a church in 1981. The Churches Housing Association took over the site as housing for the elderly, the hall was demolished, but the spire and west front of the church were retained and 29 flats over 5 storeys were built surrounded by a landscaped garden on three sides. David Thomas House opened in 1987.