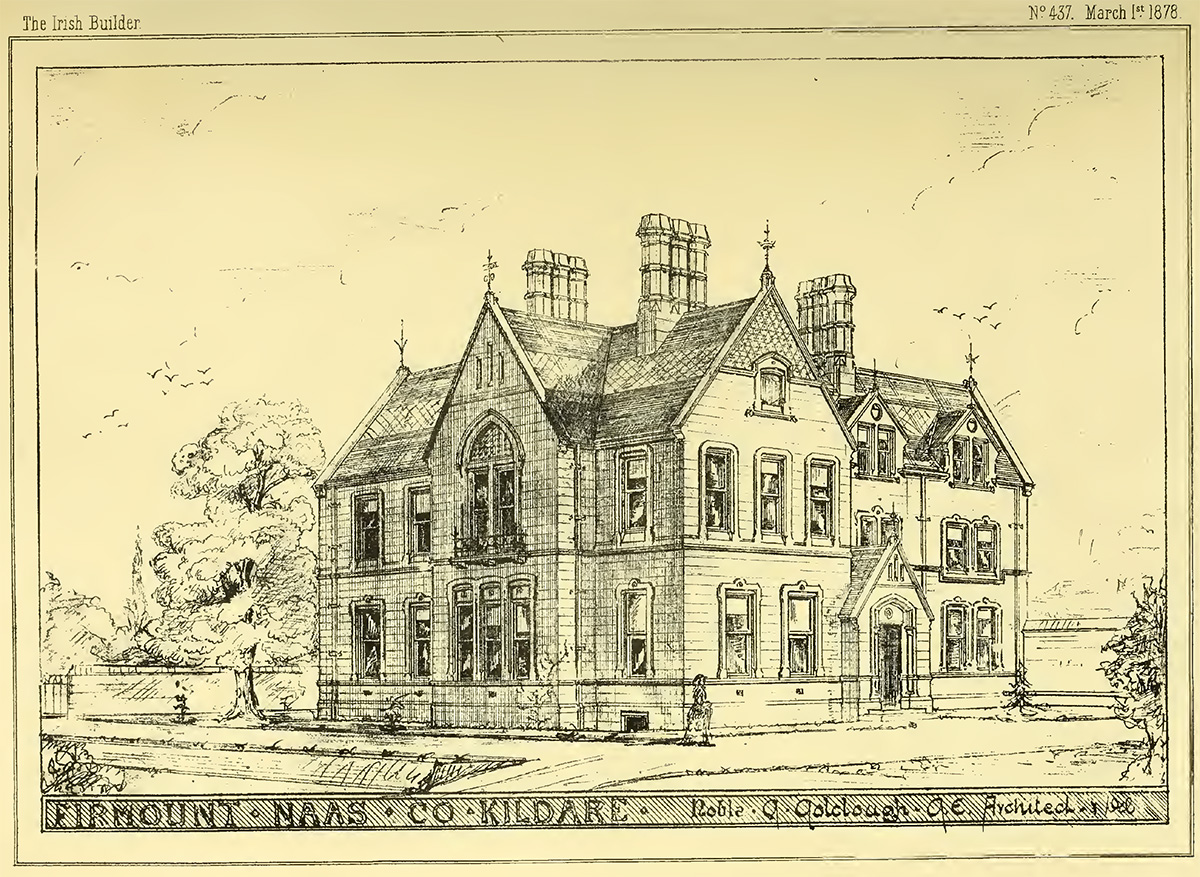 Colclough was a civil engineer and architect, of Dublin, who died at the age of thirty-three on 21 June 1880 and was buried in Mount Jerome cemetery. Little is known of his work but this perspective view of his design for a large gabled neo-Gothic house, appeared in the Irish Builder in March 1878.

The house became a WWI hospital in 1917 and 390 soldiers were treated there until 1919. In 1929 the house was bought by Kildare County Council and turned into a sanatorium – it continued until the early 1960s. In 1964, the house was bought by the Department of Defence who ran it as a Control Centre for Nuclear Tracking and named it Section Seven Regional Control. The current owners bought the house in 2012 and are currently restoring it.