1877 – Design for The Church of The Sacre ‘Coeur, Montmarte, Paris 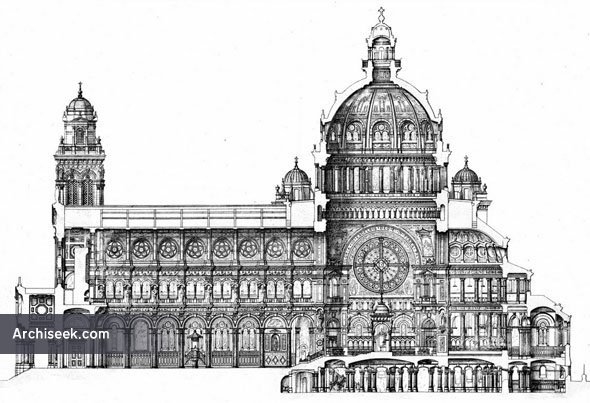 Unsuccessful design published in The Architect, December 26th 1877. Designed as a political and cultural monument, both a national penance for the supposed excesses of the Second Empire and socialist Paris Commune of 1871, crowning its most rebellious neighborhood, and an embodiment of a news conservative moral order.