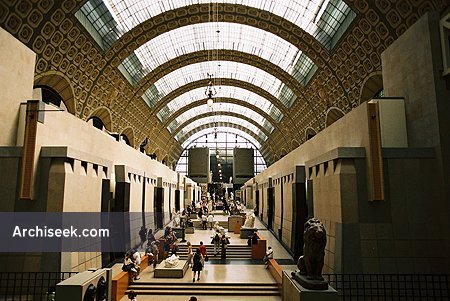 The Orsay station, the masterpiece of modernism and industry in 1900 greatly influenced the architecture of American stations. Yet it was soon obsolete and was used for varied purposes: it welcomed the returning prisoners of war in 1945; it hosted a press conference by General de Gaulle on his return to power in 1958; the shooting of The Trial by Orson Welles in 1962; it was also used as an auction hall; a theatre and, finally converted into a museum of art.