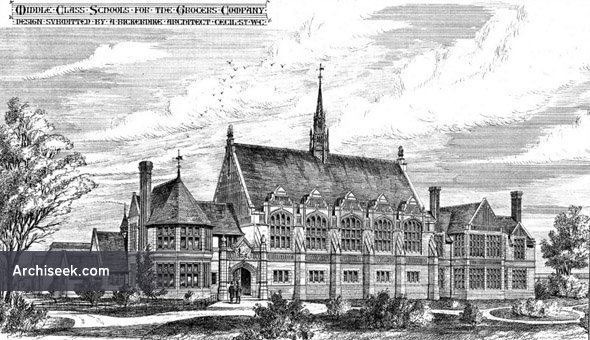 A submitted design for a new school for the Grocers Company. As part of the Company’s work, a school was founded in Hackney, east London, in 1876 for the sons of middle class gentlemen. The school designed by Theophilus Allen, was later handed over to the London County Council and changed its name to Hackney Downs School; it closed in 1995. Design published in The Building News, September 4th 1874.