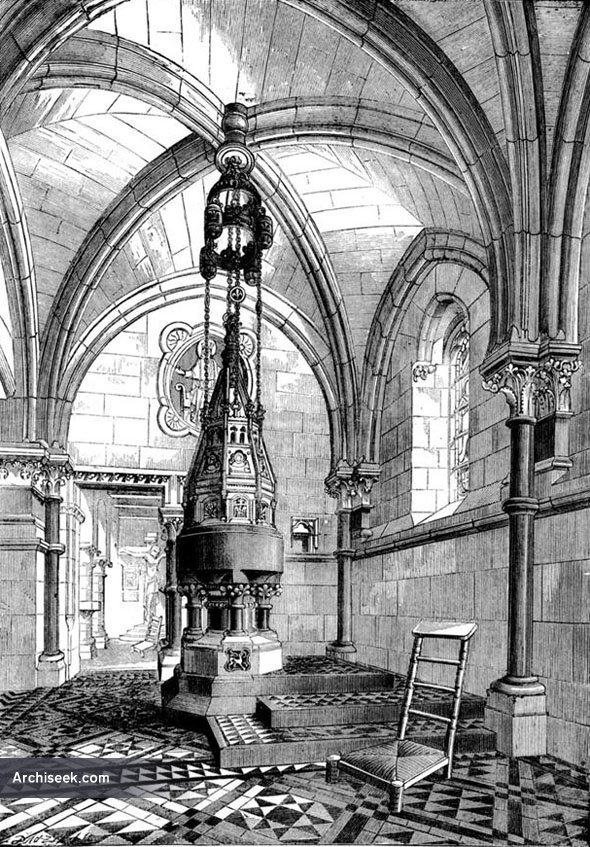 The church was built in 1860 by John Bentley, later famous as the architect of Westminster Cathedral. In 1865 Bentley extended the north aisle to include the Baptistry which is in the 13th century French Gothic style. The font itself is of red granite, the supporting columns and plinth are alabastar and green and red marble. The terracotta and cream tiles of the platform on which it stands compliment the rest of the floor. Hanging from four chains over the font is an octagonal turret-shaped cover. It was made from polished oak, with angels painted in black gracing each of the eight panels and was a personal gift to the church from Bentley.