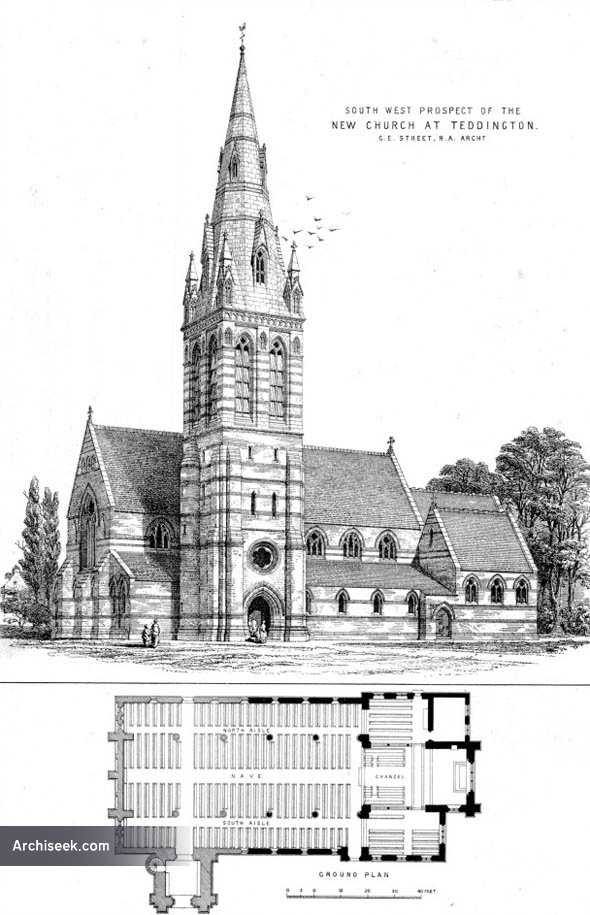 Constructed between 1871-74, of red brick, with parapets, window openings, doorways dressed with stone. Most noticeable is the tall spire. At over 260 feet, it is the highest spire in south London and can be seen for miles around. The poet John Betjeman referred to it as “the most magnificent church in South London.” Sadly the church suffered severe bomb damage in 1941, and most of the original interior as designed by G.F. Bodley was lost. It was fitted out in a highly ornate style typical of the Victorian Anglo-Catholic churches, including stone carvings by Thomas Earp, wrought iron altar rails, stained glass windows, and a carved reredos painted by Clayton and Bell. The After years of restoration work under the direction of H. S. Goodhart-Rendel, St John the Divine re-opened in September 1958. Published in The Building News, December 29th 1871.