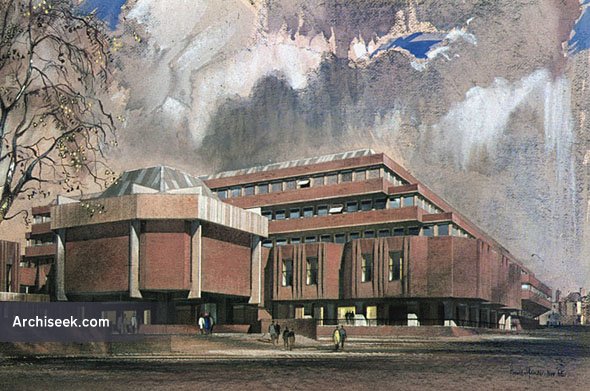 Soon after the amalgamation of Kensington with Chelsea it was decided to replace the two old town halls with a joint Civic Centre in Hornton Street. The architect chosen was Sir Basil Spence and the foundation stone was laid in 1973 and the building opened in 1977. The original design shown here included an additional story and a sculpture on the Great Hall, neither of which featured on the completed building.

Image Copyright: the Royal Borough of Kensington and Chelsea Libraries