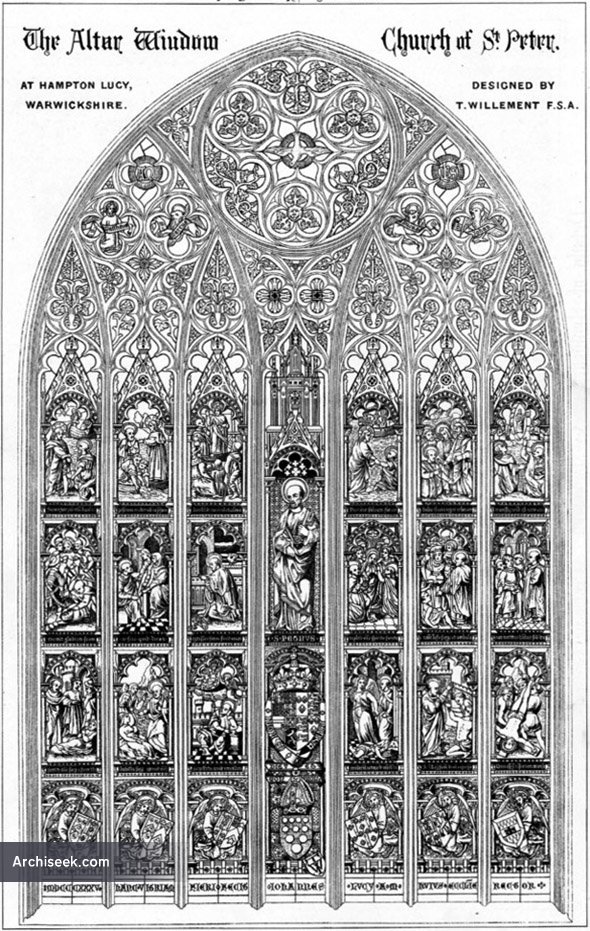 Altar Window designed by T. Willement and published in The Building News, July 8th 1870. St. Peters Church is one of the earliest and best examples of a Gothic revival church in England, dating from 1826 and designed by Thomas Rickman.

In 1856, the polygonal apse (at the east end) was added by Sir Gilbert Scott who restored and extended many great churches including Ely Cathedral and Westminster Abbey. The great east window by T. Willement, depicting the life of St. Peter, was described in the 19th century as “The most magnificent window in stained glass that has been produced in modern times”.