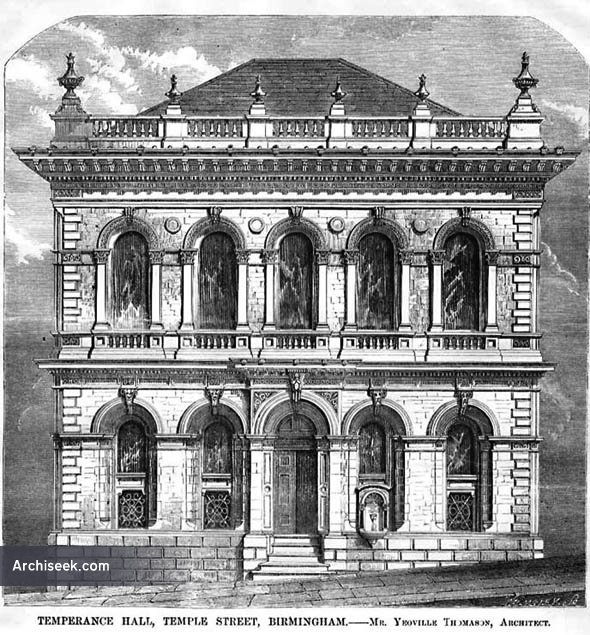 The new Temperance Hall opened on October 14th, 1858 and the total cost of the building was £3298 17s 5 ½d, having been raised by a mortgage, debentures, donations, and fundraising. The hall was not utilised solely by the Temperance Society for lectures and meetings, it was also recognised as a public assembly hall with space to be let, when other buildings in the town were either too big or too expensive. Forty years later, the building was deemed as out of date and it was decided to modernise the existing building. This included a new elevation, rebuilding of the back premises and a new interior. The new modernised version was opened on 14th October 1901 by the Mayor, Joseph Chamberlain. Refaced again in the 1950s, and now unrecognisable from the original design.