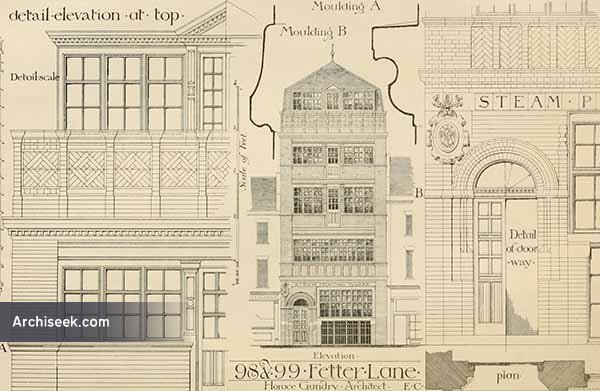 “This building is one of the earliest examples of the revival of the Jacobean and Queen Anne styles in London, having been erected in 1868-70. The premises were built for Mr. Joseph Ashton, and have been let ever since to Messrs. Speaight and Sons, the well-known printers. 7^o meet the growing demands of their business a new story has recently been added in the curb roof shown in our illustration. It will be seen that the design is especially adapted to afford the utmost amount of light to the compositors. Mr. Gundry is the architect.” Published in The Building News, August 2 1878.