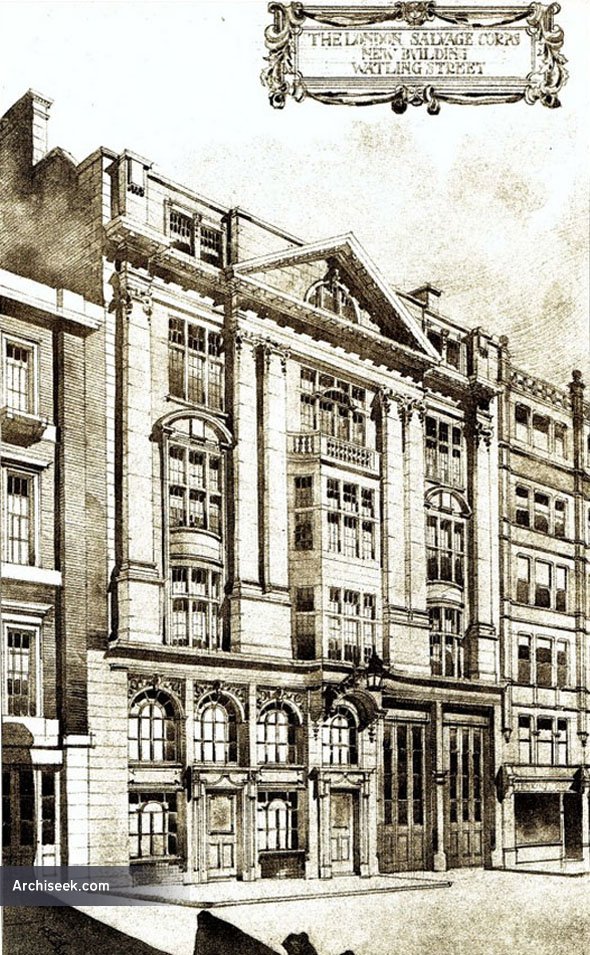 Perspective published in The Building New, May 25th 1888.

The London Salvage Corps was maintained by the fire offices of London. The corps was first formed in 1865 and began operations in March 1866 to reduce the loss and damage caused by fires, to help mitigate the effects of fire and of fire-fighting and to salvage both premises and goods affected by fire. The Watling Street station was the first of several, all connected to nearby fire stations by “telephone communication”. The Corps was disbanded in the 1980s.