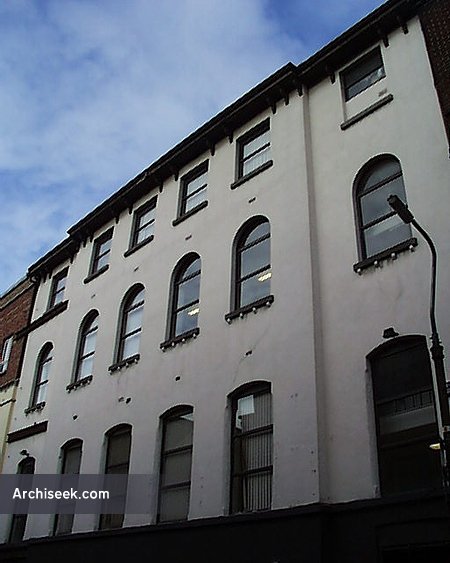 The Strand Street Institute was built in 1868 by John McCurdy for the Religious Society of Friends (Quakers), at a time when working and middle class education was being promoted throughout the country in the form of working men’s clubs and institutes like this one. The building is largely four-storey Quaker meetinghouse, with a single-storey extension, probably the former chapel to the rear.