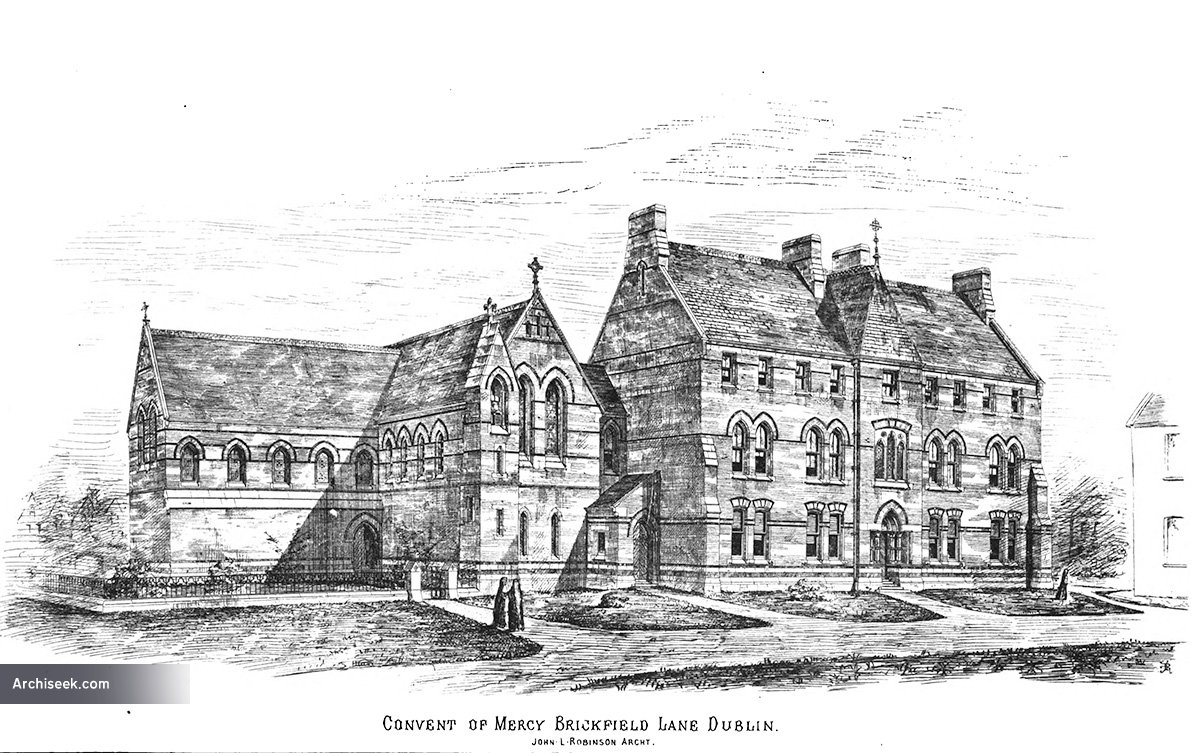 From The Architect, November 20, 1875: The convent and chapel illustrated in the present number have been erected in connection with St. Joseph’s Night Refuge for homeless women and children, founded some years ago by the late Rev. Dr. Spratt, the control of which, since his death, has passed into the hands of the Sisters of Mercy. Hence the necessity for a convent to accommodate the Sisters. The materials used in the building are Bridgewater brick with blue limestone dressings and black brick bands. The chapel measures C3 feet by 18 feet, with transept at one side for the use of the women in the refuge. The building has been designed by Mr. John L. Robinson, 108 Great Brunswick Street, Dublin. Mr. Joseph Kelly being contractor. The cost will exceed 7,000.”

Also described in The Irish Builder, November 1 1875, “The convent is faced on all sides with Bridgewater red bricks. The window-stools and other dressings are of chiselled lime stone. The chapel measures 63 ft. by 18 ft. internally, with transept for the use of thewomen in the Refuge. The roof will be wagon-headed, with Caen stone wall-shafts supporting the principals. The details of the building are of a simple character, mouldings being used in capitals, and strings in preference to carving. Any carving introduced is of an Early-English type. The general style of the building is Domestic Gothic, and it has been planned with a special view to the convenience of its inmates. The result has been a substantial and somewhat picturesque pile. It has been designed by Mr. John L. Robinson, of Great Brunswick-street. Mr. Joseph Kelly, Thomas street, is the contractor. The cost will probably exceed £7,000.”