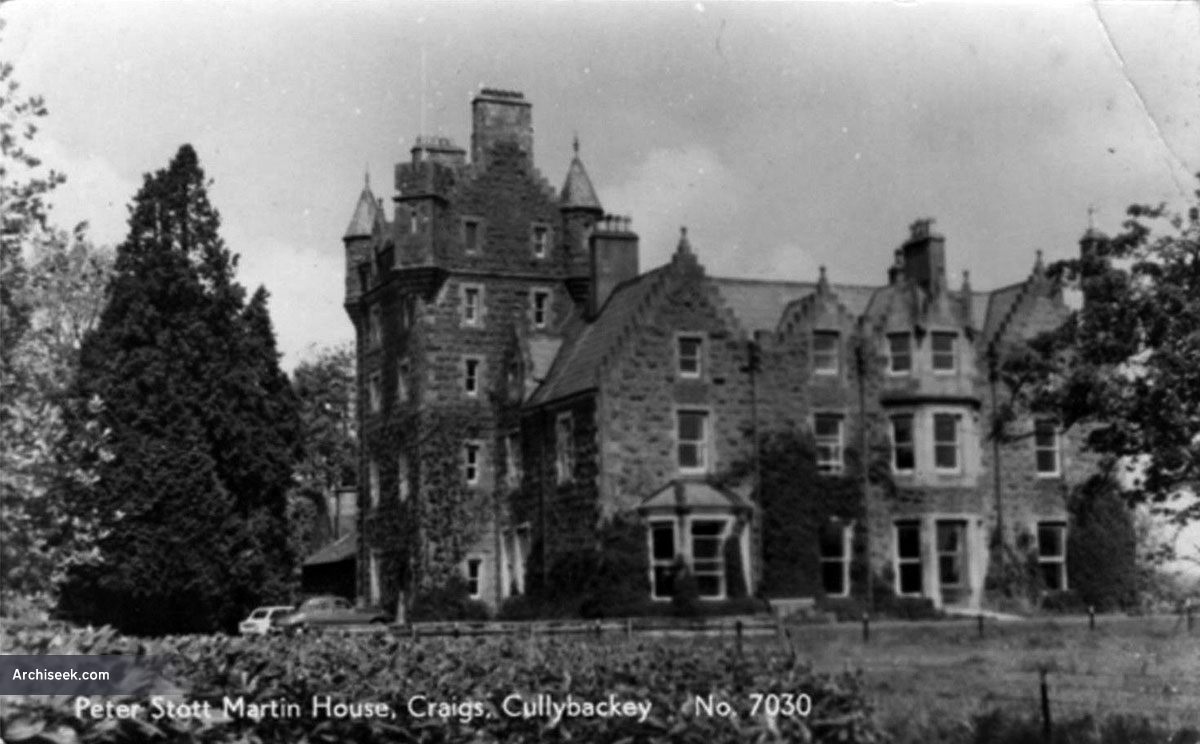 Late Victorian mansion in Scottish Baronial style. With a central 5 storey tower topped by bartizans, the remainder a triple-piled 3 storey with crow-step gables and bay windows. Believed to have been designed by Charles Lanyon.

The original Craig’s Castle had been built on site in the early 17th century under grant from the crown in the reign of James I, but was knocked down by the McNeills who arrived in the 1670s from Scotland and later used the masonry for the current castle.

Ronald McNeill sold the castle in 1912 to the Stott linen family and Doreen Stott donated it to the Northern Ireland National Health Service after her son Peter died of multiple sclerosis. It is now back in private ownership as a house.