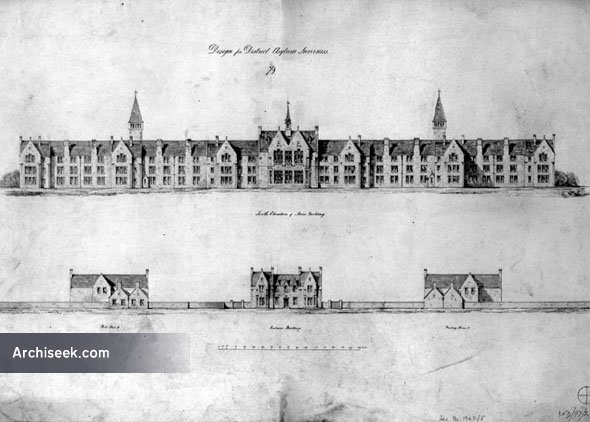 Craig Dunain Hospital was the only hospital for psychiatric illness in the Highlands, and formerly the Highland District Lunatic Asylum – Scotland’s third oldest district asylum. Closed in 1999, in 2007 it was badly damaged by fire and has now been transformed into luxury flats,