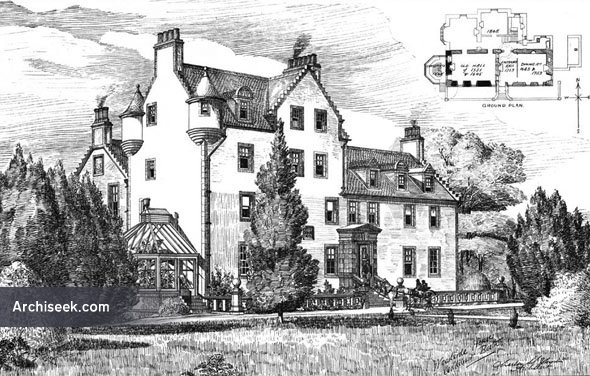 The castle, near Beith, was built in 1551 and was for more than 400 years the home of the Ralston family. It incorporates a tower of 1551 with mid 17th century alterations; 1759, turrets from tower removed, 3 additional bays added and placed under one roof to give symetrical entrance front. Late 19th century; tower raised by 1 storey and attic to give present appearance. Rear additions 1848. Pedimented porch, probably circa 1870. Small dated (1551) panel set between storeys to left of door. 3-storey rear additions with monogrammed date stone in gable head. Illustration published in The Building News, January 26th 1900.