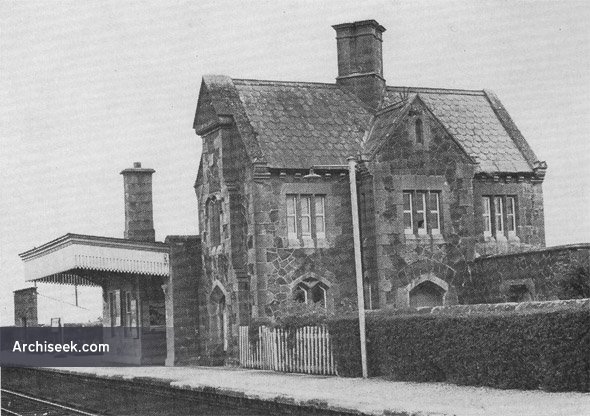 Sited on the main Iarnród Éireann Intercity line from Dublin to Galway, situated between Ballinasloe and Attymon halt stations. Woodlawn railway station opened on 1 August 1858 and was closed for goods traffic on 2 June 1978.

The station itself consists of many buildings in a Gothic style. On the platform there is a large waiting room and a ticket office. Connected to the station is a house for the Station Master. Across the line there are more buildings for people who worked on the railway. Across the road from the station is a gate lodge of Woodlawn Demesne. Lord Ashtown of Woodlawn was one of the proponents of the railway line and donated some land to ensure that it would be run through the area.