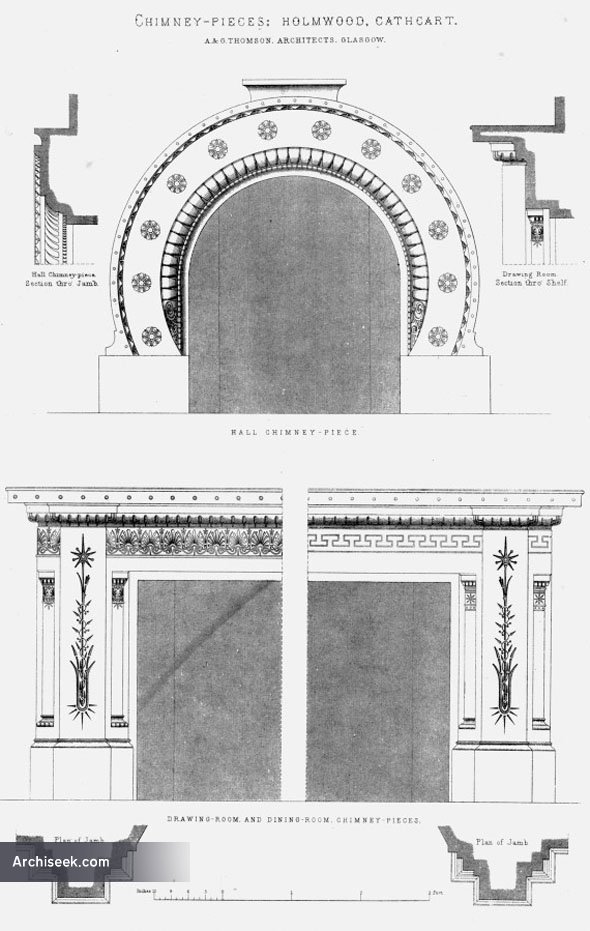 This unique Villa in attractive riverside grounds has been described as Alexander ‘Greek’ Thomson’s finest domestic design. It was built in 1857-8 for James Couper. Many rooms are richly ornamented in wood, plaster and marble. Thomson’s original rich room decoration, based on themes from the classical world, is being uncovered and visitors may follow the progress of this continuing conservation work. The fireplace illustrated was installed in the entrance hall of Holmwood.

Alexander’s younger brother George Thomson carried out his long-planned intention of becoming a missionary and emigrated to the Cameroons in the Spring of 1871, although he was to remain a partner until 1873 by which time Alexander was in failing health due to asthma and bronchitis dying in March of 1875