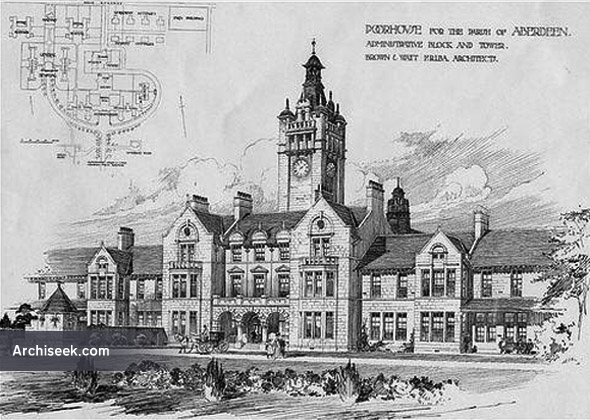 Oldmill was an Aberdeen reformatory set up in 1857 and occupied by about 150 boys. Closed in 1898. A reformatory was something like a school and a prison for boys. Whilst there they were educated, and taught a skill. Later the reformatory became a Poorhouse. Built as Oldmill Poorhouse 1901.Later became Oldmill Hospital and then Woodend Municipal Hospital. It now stands as the Glenburn Wing at Woodend General Hospital, Aberdeen. The drawing shows the building with its later additions as it was converted into a Poorhouse.