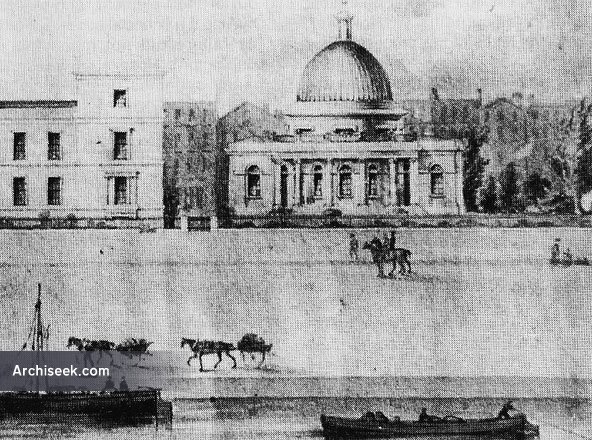 Designed as a pawn service for the poor of Limerick by Matthew Barrington, who also founded the hospital alongside, many details of this building are uncertain. It is assumed that the architect was one William O’Hara, due to this illustration signed by him, but there is an absence of other corroborating images or evidence. The idea behind the service was that it would charge a much lower rate of interest than currently available and the profits would go to the hospital. It was never a success and by 1845, the building was in use as a convalescent hospital before becoming a police barracks in 1847. It was demolished in 1892. Legend has it that the stone pillars were shipped to New York to become part of a mansion there.