1922 – Proposal for a National Theatre, Dublin 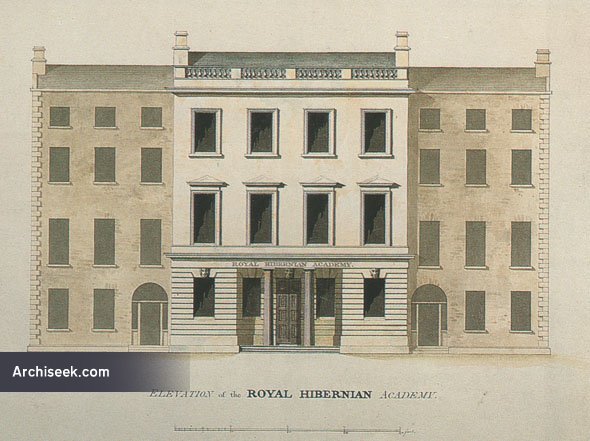 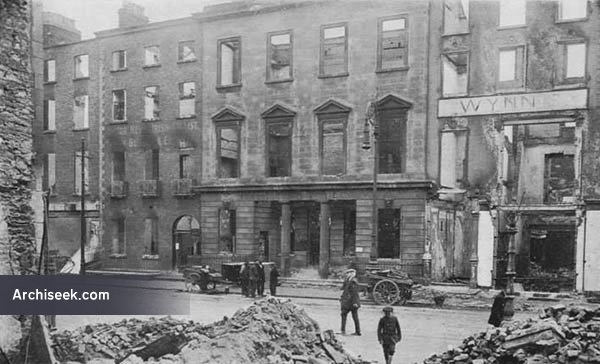 Francis Johnston, in his retirement, funded and designed this building for the Royal Hibernian Academy. The building had keystones on the ground floor by John Smyth representing Palladio, Michaelangelo and Raphael. It was destroyed by fire during the Easter Rising in 1916. The upper floors of the main facade were retained and included into the replacement building. 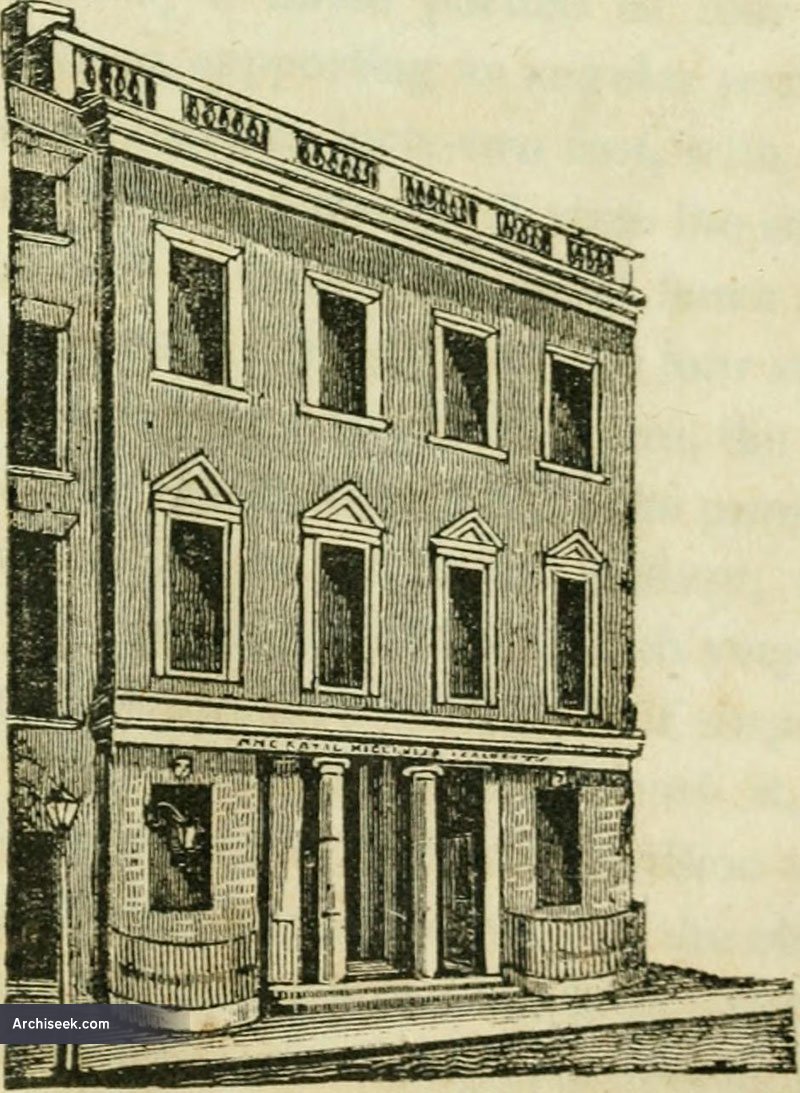 Described by Lewis in 1837, “The academy has for the last few years been encouraged by a grant from parliament of £300 per ann.; its first president, the late Francis Johnston, Esq., architect, erected an elegant and appropriate building in Abbey-street, at an expense of £10,000, which he presented to the academy for ever, at a nominal rent of 5s. per ann., and to which his widow subsequently added a gallery for statuary. The building, which is three stories high and of elegant design, has, on the basement story, a recess ornamented with fluted columns of the Doric order: over the entrance is a head of Palladio, emblematical of architecture; over the window on the right; a head of Michael Angelo, illustrative of sculpture; and over the window on the left, a head of Raphael, allusive to painting. “