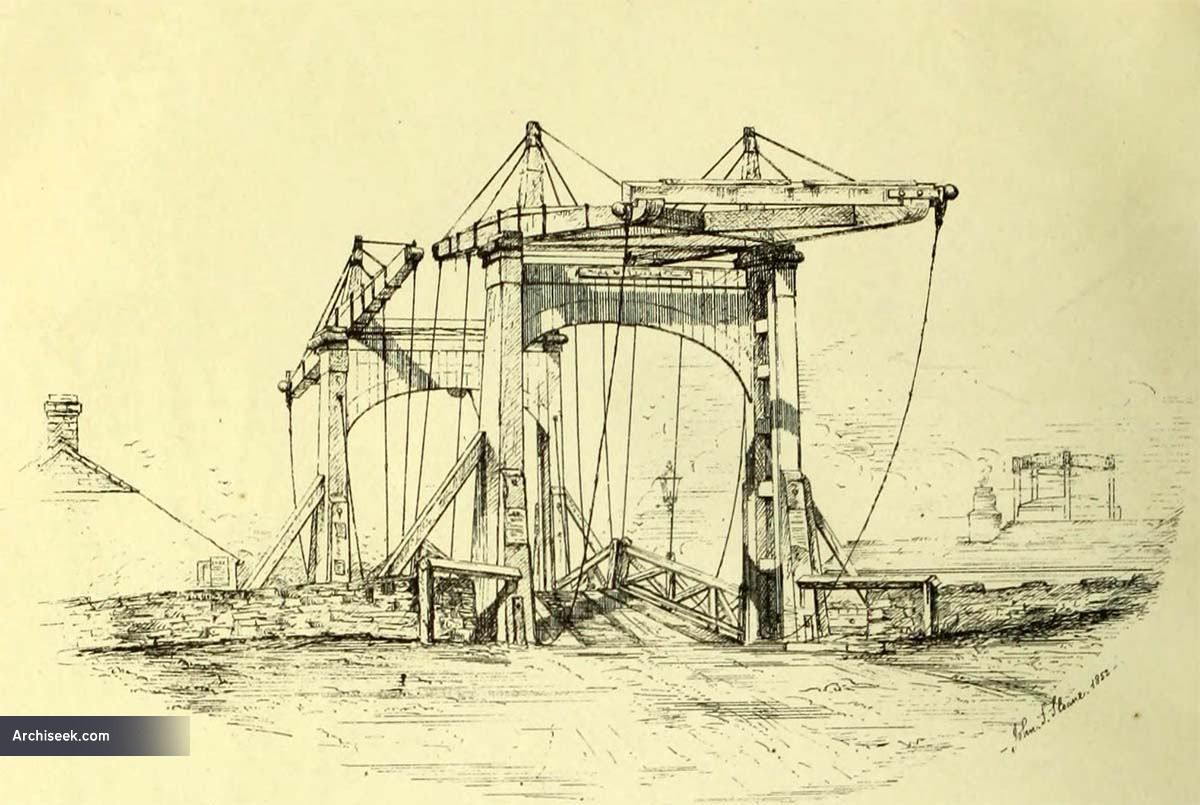 A wooden bascule bridge constructed to continue Brunswick Street, now Pearse Street over the Grand Canal at their docks near Ringsend. The Grand Canal Basin and the Brunswick Bascule were opened simultaneously by Earl Camden in April 1796, and reports said some 60,000 attended. Replaced after a few years by a metal version, the bascule was rebuilt by 1857 as the Victoria Bridge.

Described in ‘A view of ancient and modern Dublin’ by John Ferrar, published in 1796, as “the new bridge is a very handsome one, and cost only eight hundred and fifteen pounds.”