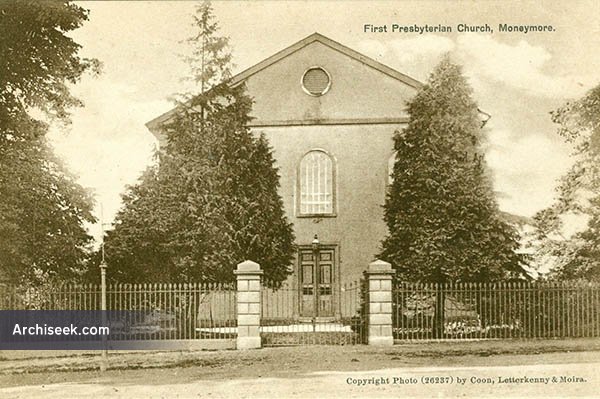 Jessie Gibson was employed as surveyor by three City of London companies, the Saddlers’, the Drapers’ and the Vintners’. It was as surveyor to the Draper’s Company, a post which he held from 1797 until 1822, that he was responsible for the design of most of the buildings erected between 1818 and 1823 in Moneymore, Co. Derry, on the Drapers’ estate. He was succeeded by William Booth, who did some further work on the church in the 1830s.