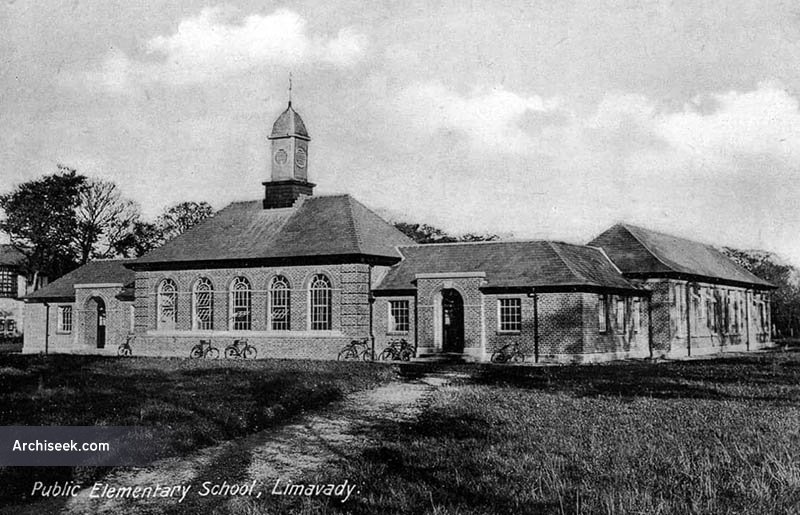 Attributed to Roland Ingleby Smith in his role as Chief architect of the Northern Ireland Ministry of Finance. According to the Directory of Irish Architects “Many of the buildings which are attributed to Smith in the Irish Builder were designed by other architects in his department, in particular by Thomas Francis Rippingham.”

It was felt that his legacy may not have been actual bricks and mortar – in a obituary of Smith in the Journal of the RIBA, “Whilst there may not be many buildings of his own purely personal design – it was always a matter of real regret to him that his administrative duties left him so little scope for this – I feel his contribution of inspiring others will prove of more value, inasmuch as he has laid the foundations of a department having high ideals and a tradition of sound architectural achievement’.”