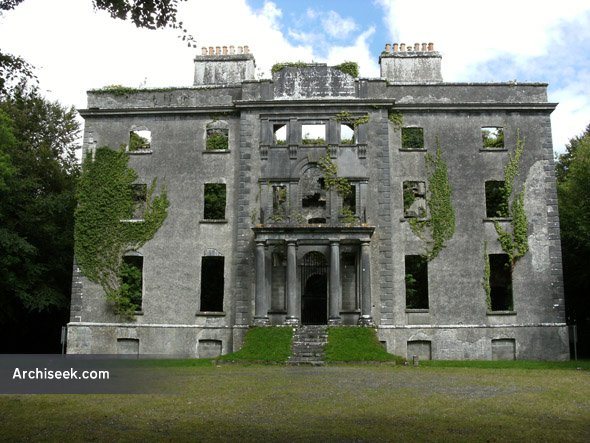 Also known as Moorehall, the house was constructed between 1792 and 1795. The Moores were originally an English Protestant family but some became Catholic when John Moore married the Catholic Jane Lynch Athy of Galway, and when their son, George, married Katherine de Kilikelly, an Irish-Spanish Catholic, in 1765. Several members of the Moore family went on to play major parts in the social, cultural and political history of Ireland from the end of the eighteenth century to the early twentieth century. The house was burned down in 1923 by anti-Treaty irregular forces during the Irish Civil War because then current owner Maurice Moore was viewed as pro-Treaty.