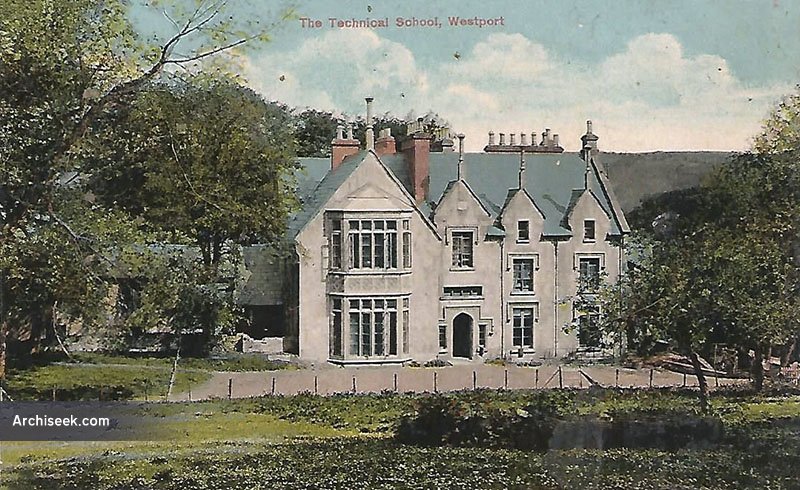 Tudor revival residence, believed to have been built on an earlier house, originally set in its own large garden, now part of a busy street-scape. Probably constructed for Alexander Glendenning in the early 1860s. The main facade is pictured in the old postcard – the rear facade has a large oriel window on what is presumed to be the main staircase.

In the early 20th century it was used as a technical school. Today it is largely intact but neglected – a busy road was driven through the property against the rear wall of the house, ugly PVC windows inserted, and houses built on the front gardens.