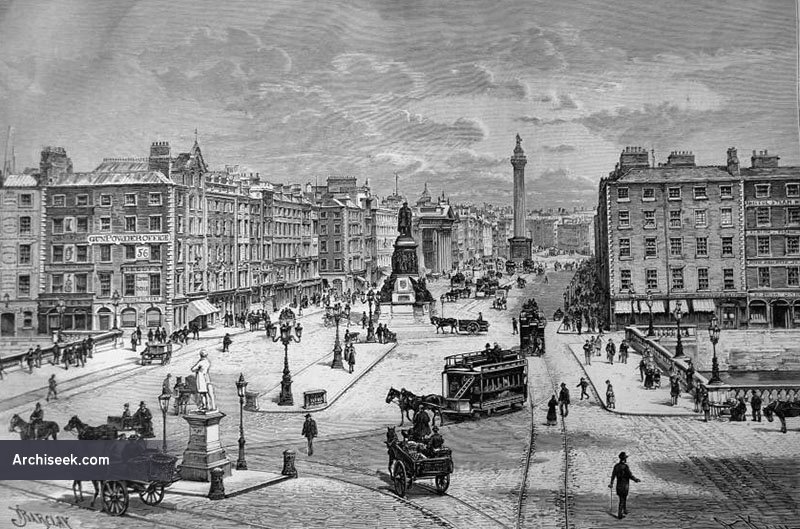 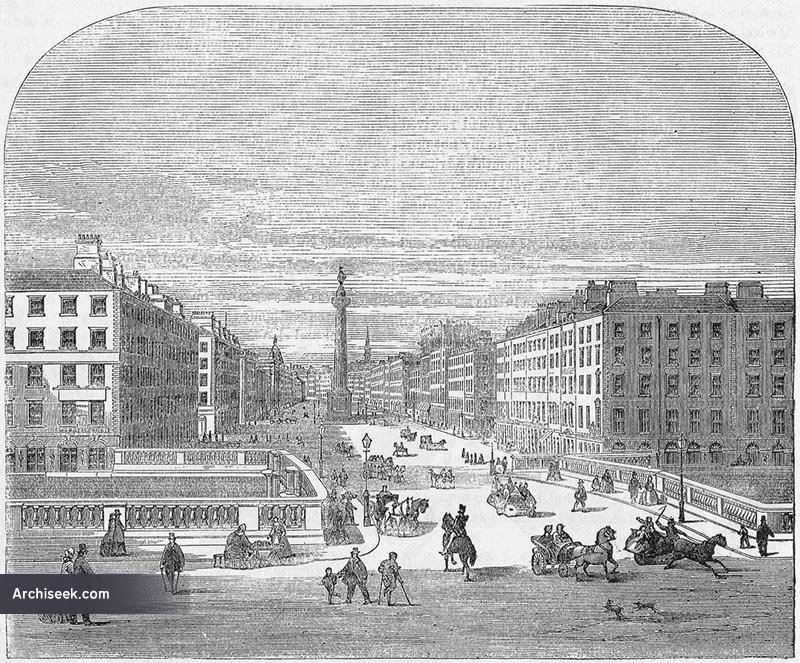 Both ends of Lower O’Connell Street were Georgian houses, similar in design to each other, but converted to commercial use by the late 19th century. The houses on the eastern side (on the right in illustrations) were burned out during the Easter Rising and replaced in the early 1920s.