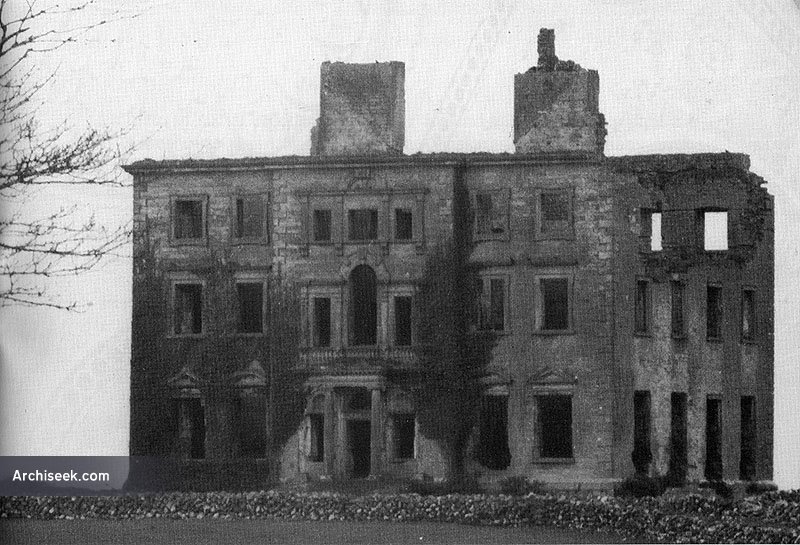 Built for Christopher St George, ‘reputedly to the design of John Roberts, of Waterford’. Described by Rev. D.A. Beaufort, in 1787 or 1788, as ‘large and new but very bleak and too high’. By 1912, Tyrone House was described as “rather dilapidated” by visitor Violet Martin. The house was destroyed by the local IRA unit during the Irish War of Independence in 1920 and is supposed to have served as inspiration for the novel “The Big House at Inver” by Edith Somerville, published in 1925. In 1972, the Irish Georgian Society acquired the ruin of Tyrone. Sadly almost any architectural features that remained of the interior have been stripped.