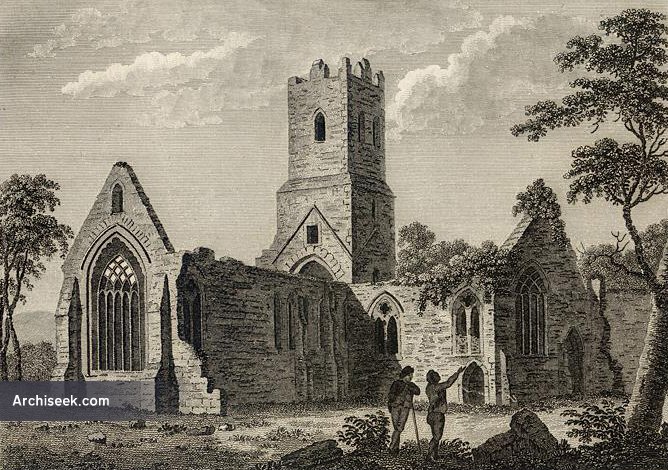 In 1241, the Dominican Abbey was founded by Meiler de Bermingham, 2nd Lord of Athenry. Built over many years, the refectory, which is gone, was built around 1265, with the chapel completed before 1340. It was ostensibly closed during the Protestant Reformation but survived until being desecrated and burned during the Mac an Iarla Wars of the 1570s, and was finally vandalised by Cromwellians in the 1650s. What remains today is largely the church – nave and chancel, with an aisle and transept to the north. The tall lancet windows in the chancel are probably 13th century while the remainder is 14th century. There are some fine tombs inside, from the 13th to 15th centuries. The tower, a feature of all monasteries of this era, collapsed around 1790.