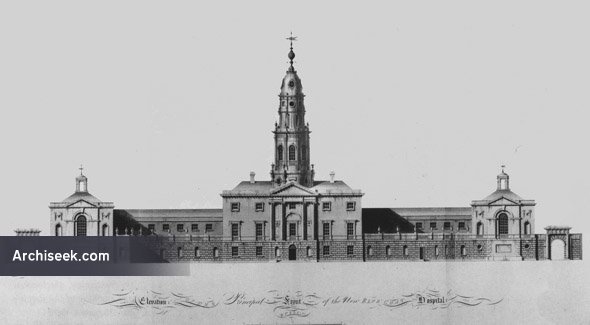 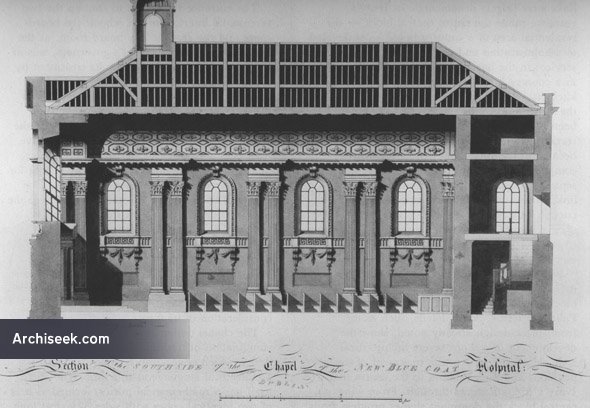 Thomas Ivory’s design for the Blue Coat School, Blackhall Place (now the Law Society) with the sadly unbuilt tower. Ivory was selected as the architect of the school after an architectural competition and exhibition in 1772. However, general disappointment in the entries eventually led to a second competition. In the meantime. William Chambers was invited to enter but declined. After a second competition. Ivory was again selected and appointed architect. The schools ambition never matched its budget, and by 1779 as the main block neared completion, it was designed not to proceed with a large quadrangle to the rear. Ivory resigned from the project in disgust. His graceful tower was never completed beyond a stub which was eventually removed in 1894 and the dome we see today constructed to cap the base. 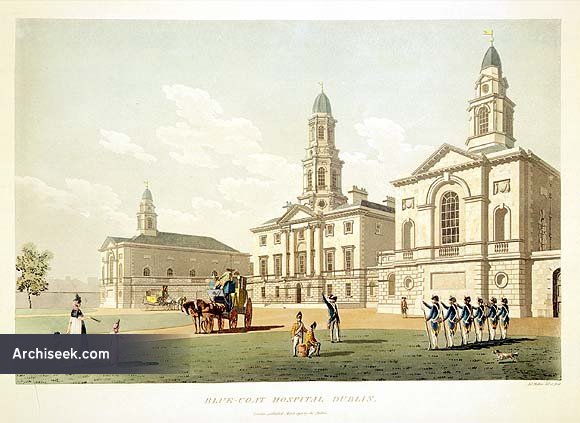 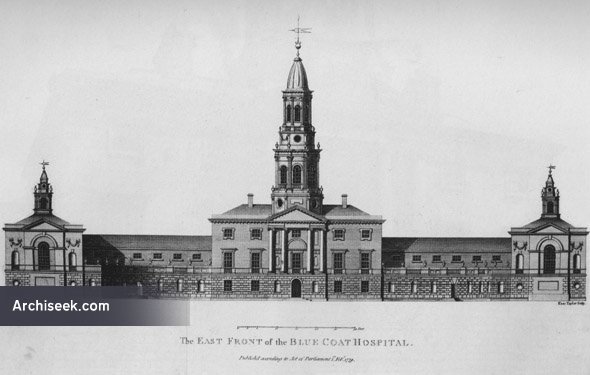 The building was considered significant enough to be included (unfinished) in Pool and Cash’s View of Dublin in 1780. Their illustration varied slightly from Ivory’s drawings.