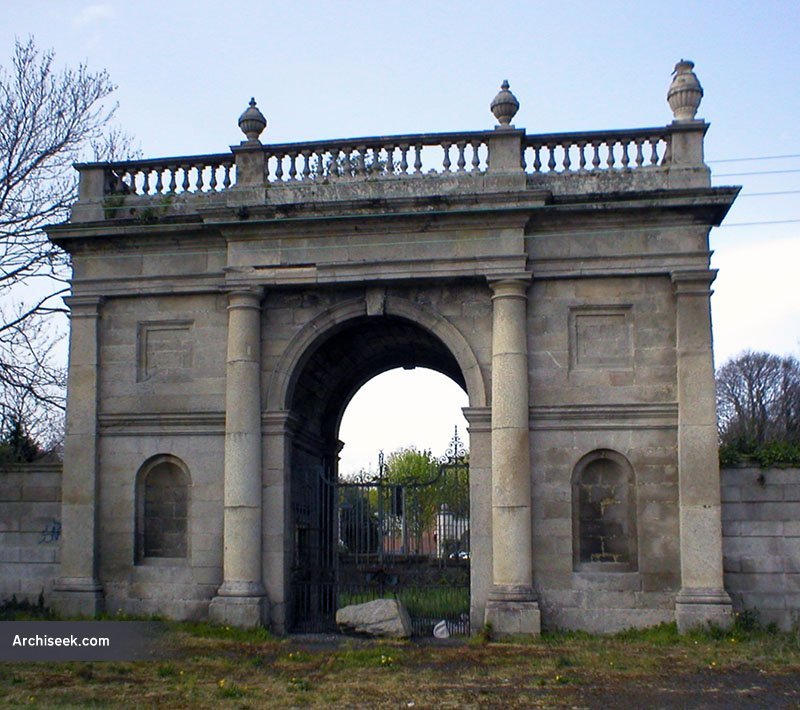 Originally an entrance gateway to Rathfarnham castle, this 18th century triumphal arch is attributed to Henry Loftus, Earl of Ely. The arch is named the new gate on Frizell’s map of 1779. After the division of the estate in 1913 the arch became the entrance to the Castle Golf Club but was later abandoned in favour of a more direct entrance.