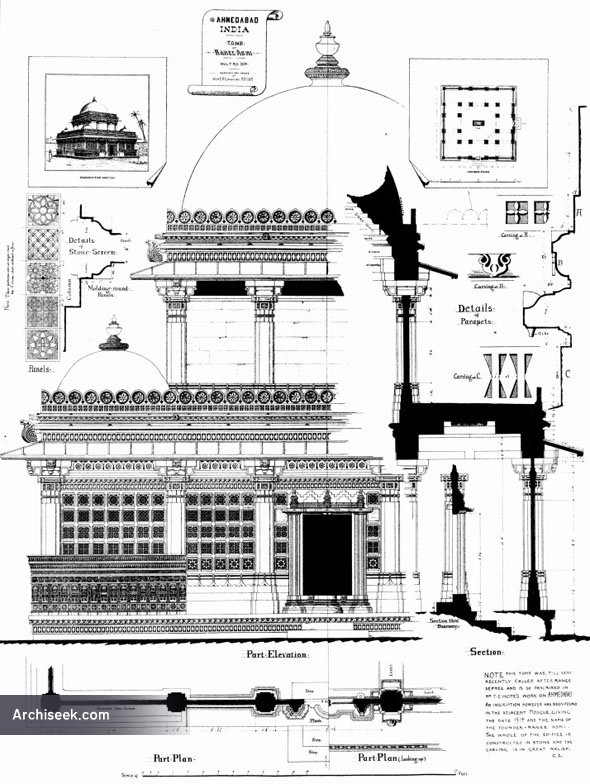 Part elevation, details, perspective view plans etc., measured & drawn by architect G.S. Langford in 1882. Rani Sipri’s Mosque is situated to the southeast of the centre of the Ahmedabad city. This small mosque is also known as the Masjid-e-Nagira or Jewel of the Mosque due to its graceful construction, with slender minarets-again a blend of styles. It is said to have been commissioned in 1514 by the Rani Asni, wife of Sultan Mahmud Begara. She is also buried here. The square tomb with jali screens stands in front of the mosque.